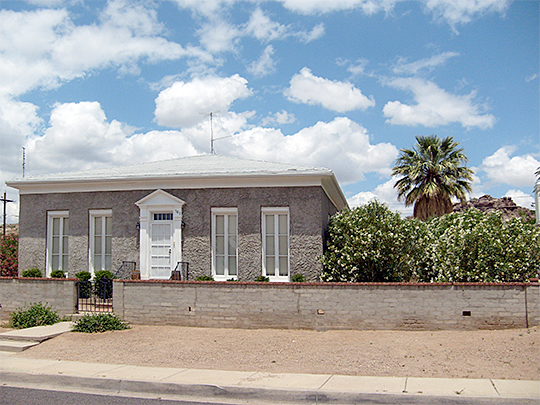 The City of Kingman is located within a natural basalt basin between the Hualapai, Cerbat, and Black Mountains in northwestern Arizona. The first Anglo-Americans known to visit the present site of Kingman was a party led by Lt. Edward F. Beale surveying a wagon road along the 35th parallel in 1858. The surrounding mountain ranges were rich in minerals and miners moved into the area after the establishment of Ft. Mohave in 1859. Mineral exploration turned into a mining boom with the discovery in 1863 of the Moss Mine in the Silver Creek area. The discovery in 1874 of the large McCracken mine continued the area's prosperity.

By the 1870s, cattle ranching became established as the second major industry in the area. Small-scale ranches supplied beef to both the soldiers at Ft. Mohave and the Indians at the Mohave Reservation near the Colorado River. The first major cattle drive into the area occurred in 1872, and the center of the cattle business was along the Big Sandy River.

The city of Kingman was founded in 1882 as a railroad stop by the Atlantic and Pacific Railroad (later known as the A.T. & S.F., or the Santa Fe). Development progressed rapidly as the railroad brought in supplies, lumber, and machinery, and carried out cattle and minerals. The new town grew into the financial and mercantile center of northwestern Arizona. A further boost to the town's importance occurred in 1887 when the county seat for Mohave County was moved from Mineral Park to Kingman.