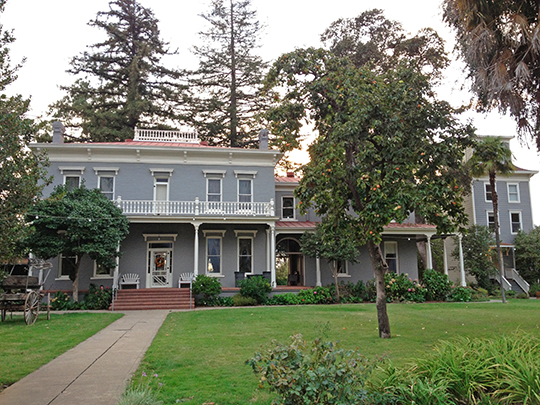 Spaniards explored parts of the area now known as Butte County as early as 1808, in search of mission sites. Hunters and trappers, such as Jedediah Strong Smith and a group of Hudson's Bay Company trappers, explored present-day Butte County prior to the California gold rush of 1848. At that time, the region was outside the mainstream of both Mexican and American settlement and was scattered with just a handful of ranches on Mexican land grants.

The discovery of gold in 1848 brought an influx of gold seekers to the region. Thousands of miners descended upon the area and set up transitory encampments, such as Bidwell Bar, Long Bar, and Hamilton on the Feather River, and others along Butte Creek, where some gold was discovered. Mining camps established during the Gold Rush gradually developed into trading centers for mining and then for lumbering and agricultural goods.

In the latter part of the 19th century, the Gold Rush waned and the population steadied. The county's economic emphasis shifted back towards agriculture, with many lucrative crops including rice, almonds, walnuts, and peaches. In 1850, Butte County was incorporated into the State of California as one of the original 27 counties. In 1856, the county's boundaries were redrawn to their current configuration. The county's first municipality, the City of Chico, was incorporated in 1860. Biggs was incorporated in 1903, Gridley in 1905, Oroville in 1906, and Paradise in 1979.