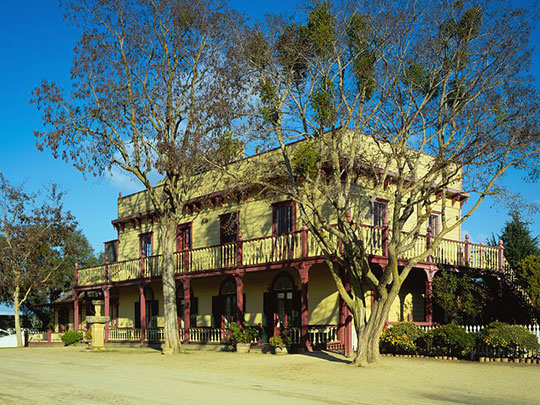 San Benito County was created from part of Monterey County in 1874 at which time Hollister was designated the county seat. The county was expanded in 1887 with land taken from Merced and Fresno counties.

San Benito County is located in the California Coastal Range, containing portions of the Gabilan and Diablo Mountain Ranges. The San Andreas and Calaveras Earthquake Faults traverse the County from south-east to north-west and have helped define the valleys between the mountain ranges. The County is located at the southern tip of the San Francisco Bay Area and is immediately south of Santa Clara County and east of Monterey County. County population growth and commute patterns are directly related to job growth within these counties. The County is known for its agriculture, which plays an important role in the local economy. Due to its proximity to major transportation nodes, San Benito County has also become increasingly important as a manufacturing and distribution center. [San Benito County Draft Housing Element: 2007-2014, www.cosb.us, accessed August, 2014]