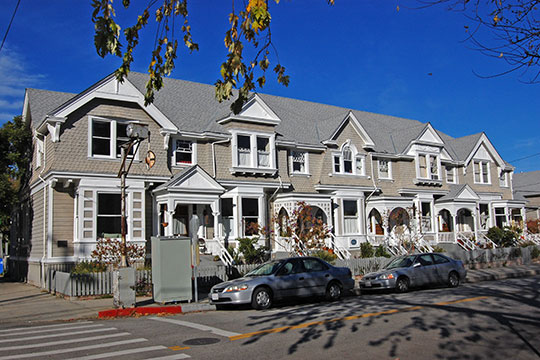 Santa Cruz was incorporated as a town in 1866; it was chartered as a city in 1876. It is the seat of government for Santa Cruz County which was created as one of California's 27 original counties in 1850. By the turn of the 20th century, the economy of Santa Cruz flourished through logging, agriculture, commercial fishing and as a prominent resort destination. [1]

Santa Cruz faces south across Monterey Bay from its perch beside a broad, curving beach at the edge of the timbered Santa Cruz Mountains. When in 1769 the Portola party planted crops on the bank of the river which they named the San Lorenzo, they noticed redwoods and "roses of Castille," but no Indians. A reproduction of the Mission Santa Cruz, on Emmet Street facing the Upper Plaza, was built in 1931 about 75 yards from the old site. The original structure, built in 1793, suddenly collapsed with a loud crash a month after an earthquake had weakened the walls in 1857. [2]