Photo: Daniel Whitmore House, ca. 1870, 2928 Fifth Street, Ceres, CA. Whitmore was the first to settle in the area and was the founder of the City of Ceres. Listed on the National Register of Historic Places in 1989. Photographed by User:Saeidb (own work), 2012, [cc-by-3.0 (creativecommons.org/licenses/by/3.0)], via Wikimedia Commons, accessed September, 2013. 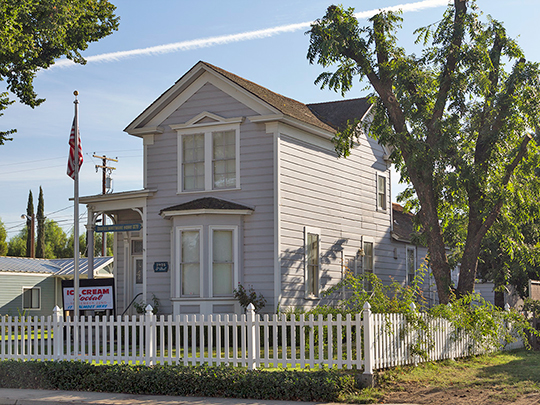 Stanislaus County was organized in 1854 from part of Tuolumne County. Stanislaus County was for over twenty years a large cattle-raising county. As such, property constantly changed hands and was frequently sold at sheriff sales settle unpaid debts. It became necessary for the county to mark its stamp or brand upon those animals that were "sold under execution." The county seat was moved from Knights Ferry to Modesto in 1871. [1]