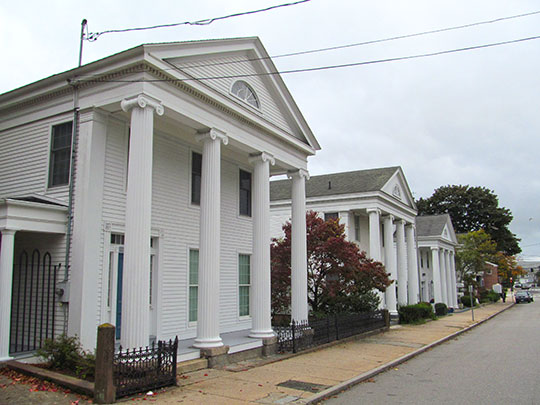 New London was a rendezvous of privateers during the American Revolution, home port of a mighty fleet of whaling vessels in the nineteenth century, headquarters of minelayers, submarine chasers and submarines during the World War [WW I] and of the Coast Guard's swift 'rum-chasers' in the prohibition era, the town offers much of historic and maritime interest.