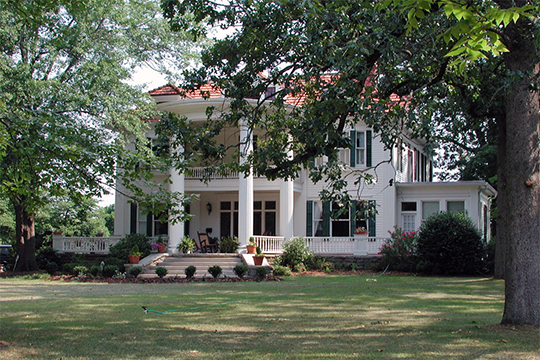 First settled around the time of the American Revolution, Elberton was incorporated in 1803 under the name of Elbertville. The first white settlers in the area, ca. 1769, were a small party of pioneers accompanying William Woodley. The town is named for Samuel Elbert [1740-1788], a Revolutionary War General, commander of the Georgia militia.

The City of Elberton was founded in the late 18th century, made the county seat in 1803, and officially platted in 1808. Its downtown gridiron street plan was located on high ground at the center of circular city limits. The arrival of the railroad in 1878 (to the north of downtown) and the success of Elbert County's granite industry in the late 19th century resulted in the growth of commercial activity. [georgiashpo.org, Summary of Proposed National Register Nomination, 2012, accessed November, 2014.]