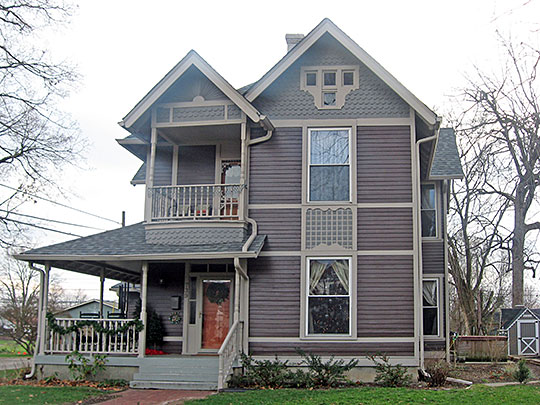 Martinsville (population 5,009) spreads out from a shaded public square around the red-painted brick courthouse built in 1859. The town is called Artesian City because of its therapeutic artesian waters, accidentally discovered many years ago when prospectors were drilling for gas. This water is now piped to several sanitoria treating arthritis, rheumatism and kindred ailments. According to old-timers, the curative properties of the water were discovered when a broken-down race horse, retired to pasture, drank of an artesian well and was rejuvenated, later winning many races for his owner.

Martinsville was established in 1821 with its first meeting taking place in March of 1822 at the house of John Gray. While it is not known for sure, the town may have been named for John Martin of Washington County, one of the county's first commissioners.