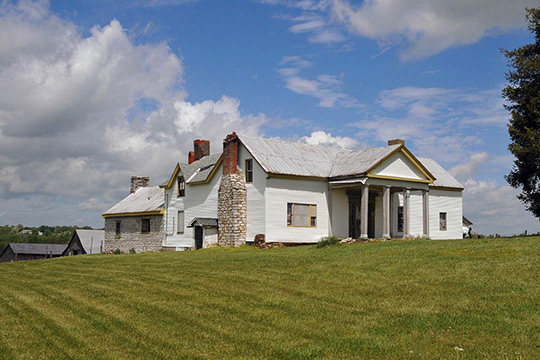 The site of Lancaster itself was originally named Wallace's Crossroads. Lancaster was designed as a grid plan in 1797 on approximately 57 acres owned by Captain William Buford. Its visible water supply and the offer of Buford to donate land for the public square influenced the county commissioners in their choice of this site. [1]