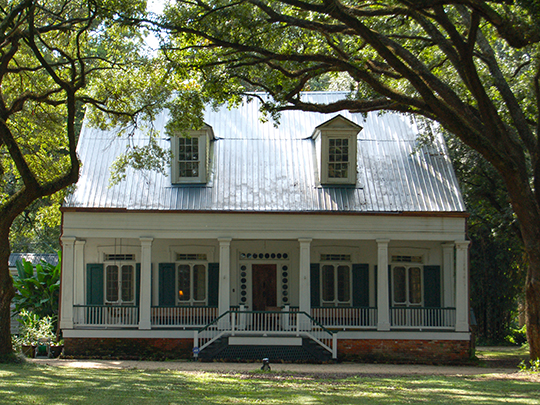 Donaldsonville's development began in 1806 when William Donaldson hired Bartholemew Lafon to prepare a street plan for a town on his land. The plan had the usual speculative grid, but it also had a grand semicircular park and drive along the Mississippi and a rear avenue leading to a large public square.(These features, Crescent Park and Drive and Louisiana Square, are still extant.) Although Donaldsonville was enlarged through several annexations between 1846 and 1909, no other grand public spaces were introduced.

Much of the town was destroyed during the Civil War. In 1871 the New Orleans, Mobile and Chattanooga Railroad began regular service between Donaldsonville and New Orleans. The town completely redeveloped during the several decades after the Civil War and the main commercial emphasis shifted from the Crescent Park area to Railroad Avenue. The public market house once stood in Crescent Park, but today, except for part of the Lemann Store, the Crescent Park area has a largely residential character. The 1889 Romanesque Revival Ascension Parish Courthouse dominates Louisiana Square. Because the square is so large, the courthouse somewhat resembles a rural property at the head of a great park.