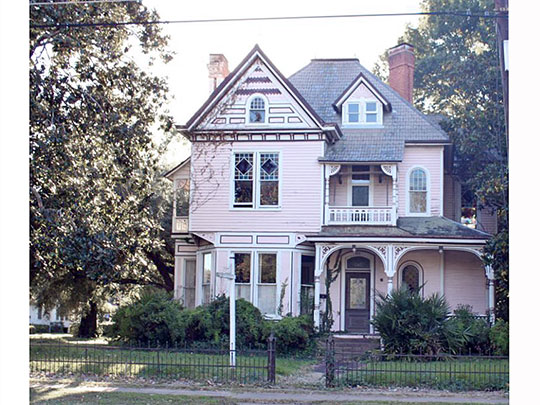 The area now known as Monroe is part of the Ouachita River Valley first inhabited by Ouachita and Caddo Indians. The prehistoric resources that still exist in the region are among the oldest that exist on the North American continent. Fossil outcrops, ancient mounds, earthworks and prehistoric pottery all survive. The earliest European explorer is believed to be Hernando DeSoto in 1542. More than two centuries later, a permanent settlement was developed with the construction of Fort Miro in the 1780s by Don Juan Filhiol.

The area of Louisiana in which Monroe is situated has twice been under the authority of the French and its inhabitants were also once subjects of the monarch of Spain. As a part of the Louisiana Purchase of 1803 (made official in 1804), it joined the United States as a territory, becoming a state in 1812. Determined to know as much as could be known about the territory as could be learned, President Thomas Jefferson sent explorers to navigate its rivers and map its lands. In 1804, Jefferson sent William Hunter and George Dunbar to explore the Red River; they never made it, and instead explored the Ouachita to its headwaters in Hot Springs, AR.

The Fort Miro settlement reached a turning point in May of 1819 when the steamer James Monroe came through the trading post. The coming of the steamboat era facilitated the transportation of goods such as cotton along the Ouachita River and before long cotton was a major economic engine in the Ouachita Valley. The Fort Miro settlement was so affected by this first steamboat that the settlement changed its name from Fort Miro to Monroe in honor of the boat and the president the boat was named after, then President, James Monroe. By 1820 Monroe was incorporated as a city.

Transportation continued to shape Monroe's history. In 1854, the first trains came through the area. Prosperity in Monroe continued as the area became a lumber processing center. Then in 1916, with the opening of the nearby Monroe Oil and Gas Field, natural gas became its famed resource. In fact, in the 1920's Monroe was thought to have the World's largest natural gas field. By the 1930's, the City was able to attract a number of manufacturing and industrial enterprises, due to its location on the banks of the Ouachita River and access to important railroad, air and bus routes.

As the City flourished, it also played a role in the early beginnings of two major companies. In 1894 Joseph Biedenham, who lived in Monroe for most of his adult life, became the first to bottle Coca-Cola, sending the product to new heights. In 1928, a group of Monroe's business men bought Huff Daland Dusters, a then crop dusting company, and renamed it "Delta Air Service." The airline remained in Monroe until 1941 when it became a major airline and moved its headquarters to Atlanta. These entrepreneurs highlight the ingenuity of the people of Monroe as well as the City's rich history. The City is also noted for its role in World War II.

In 1942, the Selman Field Army-Air Force Navigation School was opened in Monroe. This school was the only complete navigation training station in the nation during WWII. The school graduated 15,000 navigators, more than 1,500 of whom lost their lives in combat.