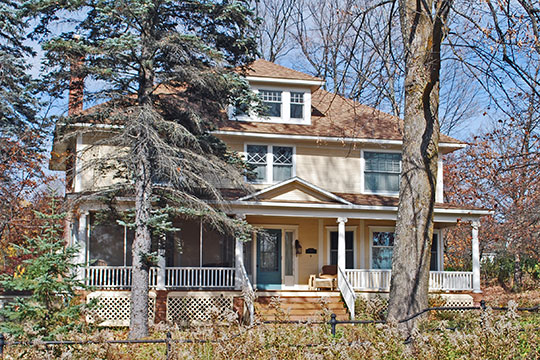 The land which became Iron County was first surveyed in 1851 by Harvey Mellen. At that time, the area was populated by a small number of Indians, principally of the Menominee, Chippewa (L'Anse), and Ojibway tribes. Mellen reported an abundance of white pine in the vicinity and also noted sighting an outcrop of ore ("a ledge of red granite") along the banks of the Iron River (then known as the Maple River). Excavation for this ore was delayed for thirty years, however, until the area became accessible by railroad, and until economic conditions, with a growing demand for iron by American Industries in the late nineteenth century, were more favorable for development of mineral resources. [1]