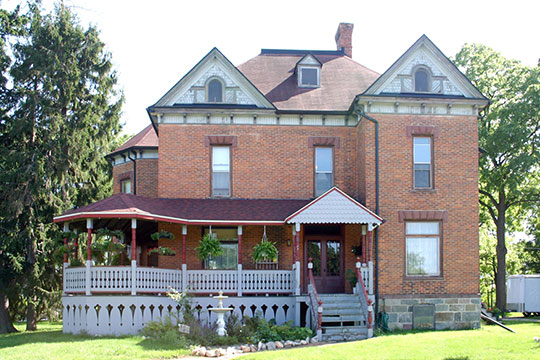 Livingston County was officially established in 1836 after Governor George B. Porter approved an act to establish its official boundaries. For the next thirteen years, Howell and Brighton fought to become the County seat. Howell eventually won, when the State Legislature passed a bill in 1846 empowering the Board of Commissioners (who wanted the County seat in Howell) to erect County buildings and levy taxes to pay for them. In 1847 the first County building was completed on donated land in downtown Howell where the courthouse now stands, and several other buildings followed. By the 1880's the buildings were dilapidated, and the County building was condemned in the winter of 1889. Excavation for the current County courthouse started six months later, and the building was dedicated on April 16, 1890. [1]