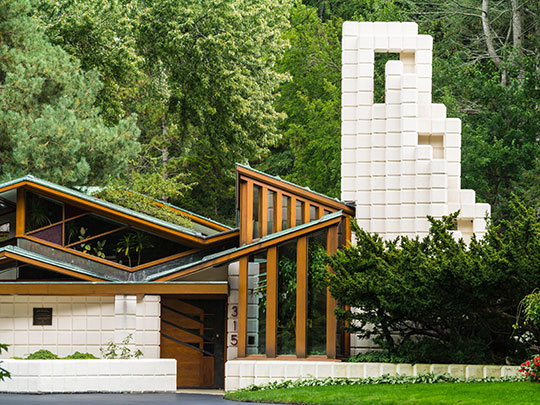 Midland was incorporated in 1887. It is home to the Dow Chemical Corporation, established in 1897.

When the first white settlers arrived in the 1830s at a place called "The Forks," they saw the flowing Tittabawassee and Chippewa rivers surrounded by a beautiful wilderness of unlimited hardwood and pine forests, along with conifer swamps. Attracted by reports of the area's rich resources, settlers arrived in waves. Less than 20 years later, the City of Midland was incorporated.

It is often said that change is the only constant. At first, farming and lumber sustained the local economy. By the 1890s, the lumber barons had moved elsewhere. The agrarian economy shifted to manufacturing. The Dow Chemical Company formed—its success went hand-in-hand with the City's for over a century.

For decades, Midland's Main Street hugged the curving banks of the Tittabawassee. The downtown teemed with residents, business people and visitors. However, recurring floods eventually forced relocation of the downtown and—not unlike many other Michigan communities—commercial opportunities moved to the City's periphery and along major road corridors with the emergence of the automobile.