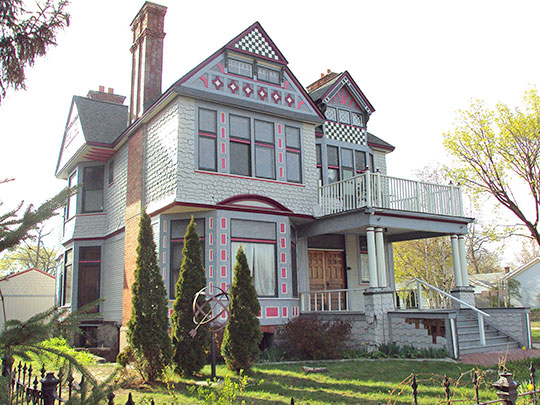 The City of Port Huron and the Blue Water area have a long history that dates back to 1686 when DeL'Hut built Fort St. Joseph under orders from Louis XV to protect the French fur trade. This fort was occupied by the French until it burned in 1688.

The first permanent settlement was along the Black River in 1790. During the War of 1812 the St. Clair River was the site of a naval battle between H.M.S. Nancy and Territorial Militia in1813.

In 1814 the U.S. Government built Fort Gratiot along the St. Clair River near the current landing of the Blue Water Bridge. The first area school was established at Fort Gratiot in 1821. In 1829 the Fort Gratiot Lighthouse was built and is still in operation today.

The town was organized as Desmond in 1828 and given a post office on April 30, 1833, with Jonathan Burtch as its first postmaster. In 1837 the town was renamed Port Huron. In 1849 Port Huron was incorporated as a village and in 1857 Port Huron became a city.

Prior to the Civil War, Port Huron was a principal stop of the Underground Railroad, which helped slaves escape to Canada. About that same time Thomas Edison, the great American inventor, spent his youth in Port Huron.

With its location as a port along the St. Clair River and next to Canada, Port Huron became an important transportation hub. The first railroad into Port Huron was built by Grand Trunk in 1859. In 1891 the world's first electrified underwater international train tunnel was completed beneath the St. Clair River between Port Huron and Sarnia, Canada. And in 1866 the third electric powered streetcar in the United States began operation in Port Huron.