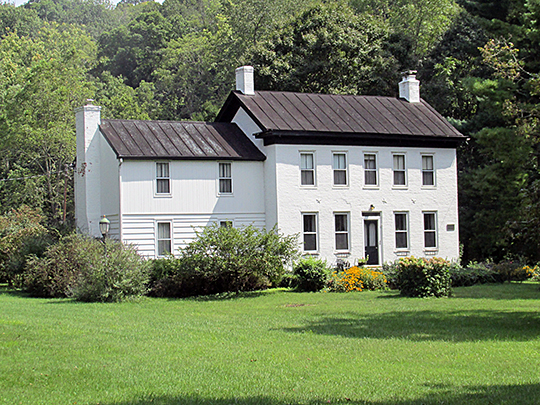 Established in December 1800, Clermont County is the seventh oldest of Ohio's 88 counties, and is the eleventh oldest county in the Northwest Territory. Clermont is a French word meaning "clear mountains and hills," which described the area when it was first viewed by French explorers in the 1600's.

The first village and the first Clermont County seat, was the Village of Williamsburg, established in 1796. In 1823, New Richmond became the county seat, and in 1824, it moved to Batavia, which remains the county seat today.

Clermont County has a rich historical past. A number of Native American tribes called this area home, including the Shawnee, Miami, Delaware, Mingo, Ottawa, Cherokee, and Wyandot. The last Native American village in the county was located two miles south of Marathon in Jackson Township, along the mouth of Grassy Run on the East Fork of the Little Miami River. The Wyandot lived there until 1811. That location was the site of the largest frontier battle in Clermont County, the Battle of Grassy Run, where pioneer Simon Kenton clashed with Native American warrior, Tecumseh, on April 10, 1792.