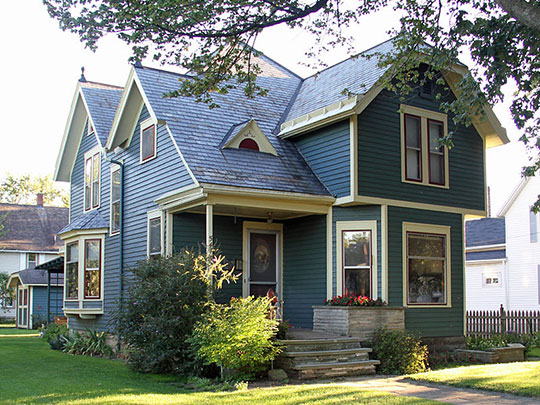 The earliest indication of a division of Huron County, that might have been discovered by the far-seeing, was the springing up of a spirit of jealous rivalry between Sandusky and Norwalk. This feeling was developed at an early day and increased steadily up to and beyond the time when Erie County was set off from Huron, though the main cause of its fostering was removed when Sandusky became the county seat of Erie. There were other and more potent forces in operation, however, which tended toward the division of the territory. There was a desire for the formation of new counties in several localities, notably in the southern part of Huron and the northern part of Richland, where a strong movement was on foot for the erection of a new county from the territory of the two named, to be known as Plymouth. This scheme was urged with considerable energy by the people of New Haven (then a thriving village), and of Paris (now Plymouth), between which places, had a new county seat been set off, there would have been a warm competition for the "honors and emoluments" of the county seat location. Had not Erie been set off from the northern part of Huron, some of the territory of the southern part would, in all probability, have been set off for the erection of the proposed County of Plymouth.

The act for the erection of Erie County was introduced in the Ohio Legislature in the session of 1838, and was the subject of much argument pro and con in the public prints of the territory more or less interested and through memorials.

Petitions and remonstrances, the usual recourse of the public, were submitted to the Legislature, showing the reasons for and against the erection of the county. The report of the standing committee of the Senate, session of 1838, on new counties, comments at length upon these expressions of the people's will. A brief synopsis of this report gives an exhibit of the causes that led to the formation of Erie County. The petitions praying for the erection of the county were signed by 1,250 persons, all of whom were said to reside in the boundaries of Huron and Sandusky counties and within the boundaries proposed for the county of which the act under consideration contemplated the erection. In addition to these there was another petition containing the names of forty-six persons, who expressed a preference for Erie over Ottawa County. These petitions represented that the counties of Huron and Sandusky were larger than necessary; that they had an unusually good soil; were capable of sustaining an unusually dense population; contained many flourishing towns and villages, and were being rapidly settled by an industrious and enterprising class of people. It was also represented that the judicial business of Huron County required annually three terms of the Court of Common Pleas, of from three to five weeks' duration, and that there was every prospect of an increase in the same. The consequent delay and inconvenience arising to suitors, and the great distance of those residing on the peninsula and the islands from the seat of justice, and the fact that a large amount of the legal business of Huron County originated near the lake, were among the strongest reasons urged in favor of erecting the new county.

The remonstrances were signed by 1,500 persons, "excluding the names that were found appended more than once." Of these, 1,050 were represented as residing in Sandusky County, and 450 in the County of Huron. More than 450 of those from Sandusky lived within the territory which it was proposed in the bill to attach to the new county. The reasons urged against the erection of Erie were various, and differed according to the location of the remonstrants. From Sandusky it would take several of the most fertile and densely settled townships, by which the taxes of the people residing in other parts of the county would be greatly increased; the seat of justice would be thrown near the southeast corner of the county, and before many years would require to be moved from its present location, causing difficulties and embarrassments to the people. It was further represented that the inhabitants of the peninsula were compelled to cross the bay when required to visit the (then) present seat of justice, and that by the erection of Erie County, as proposed, they would, though being nearer the seat of justice, still be compelled to the inconvenience of crossing the bay, which was sometimes both difficult and dangerous. Most of the remonstrances were circulated after the bill had passed the Senate, the remonstrants alleging that its passage caused their first knowledge of the measure.

The committee closed its report with the recommendation that, as it was by no means certain that the spirit of the act was in accordance with the wishes of a majority of the people interested in the erection of the new county, no action should be taken until there had been further consideration of the matter. The act, after having been sent back and forth from the House to various committees, and being variously reported upon, was finally passed March 15, 1838.