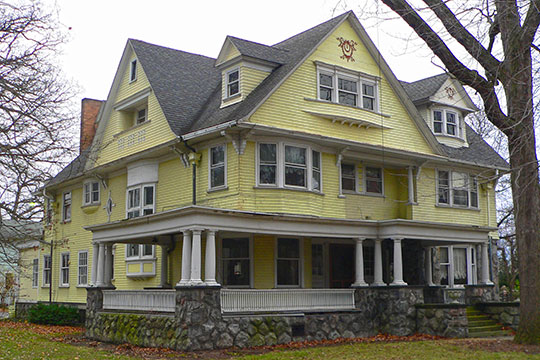 Located around the Maumee River where it empties into Lake Erie, Toledo was built from 2 former towns, Vistual and Lawrence, which were located at the site of a ca. 1800 stockade known as Fort Industry. Toledo was incorporated in 1836, the same year that the city was chosen as a termination point for the Wabash and Erie Canal. From 1840 to 1880 Toledo grew from 1,300 to more than 50,000 people, spurred by the arrival of several railroads and the creation of industries such as furniture manufacture, carriage making, breweries and glass makers. The Libbey Glass works, together with other glass manufactures, resulted in the city becoming known as the "City of Glass" during the later part of the 19th century. By the turn of the 21st century, Toledo's population exceeded 300,000.