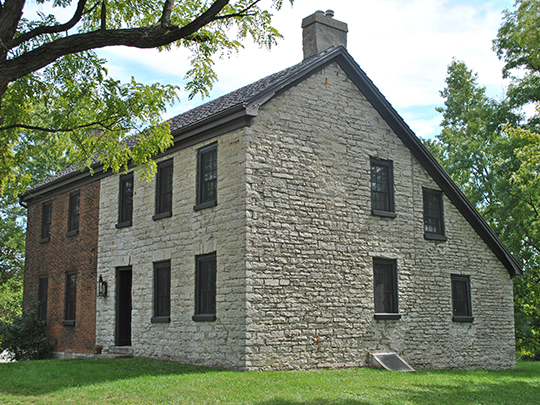 When Montgomery county was constituted, March 24, 1903, at the first session of the legislature after Ohio was admitted as a state, the county consisted of all of the state of Ohio north and west of the present south line and the extended east line of the county. It was about as large as the states that Jefferson had proposed to form in the territory in the northwest and southwest. It was not expected, however, that the county should remain larger than it now is.

The large territory comprised in the county was divided by the associate judges of the county into the four original townships—Washington, German, Dayton and Elizabeth. Washington township included the territory in the southeast part of the county from the Greene County line to the Miami river and from the Warren county line seven miles to a line one mile north of the present township line German Township included the territory west of the Miami river to the state line and from the Butler County line about five and one-half miles to a line one mile north of the present township line. On June 10, 1805, the records read "German Township bounded at present by the Miami river on the east. Butler County on the south, the line east of third range on the west and the north side of the first tier of sections in the south side of third township fifth range, and fourth township fourth range as the north boundary line." Dayton township included all of the territory between the Indiana State line and the Greene County line and north of Washington and German Townships, to a line running west from the present northeast corner of Wayne Township to the Indiana State line. This line was decided on December 14, 1804. The line established in 1803 was somewhat different. Elizabeth Township was all of that part of the county north of Dayton township, extending to the northern boundary of the state. The laying out of the townships was governed by the idea that ultimately the line before described as the line between Dayton and Elizabeth Townships would be the north line of Montgomery County. In the act of the legislature constituting Montgomery County it was declared that the territory north of this line should not be taxed for the purpose of erecting county buildings. Elizabeth Township was not assessed in 1804 for building the temporary jail but was assessed at a rate one-third less than that of the other townships, the money to be used for the general expenses of the county.