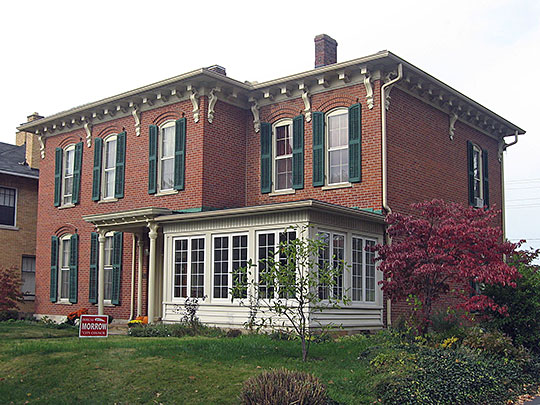 Circleville was unique among early American towns, built to conform to circular prehistoric earthworks. When Pickaway County was formed in 1810, the new town was laid out within the ancient Circle on the high bank east of the Scioto River. Its streets radiated from an octagonal courthouse in the center of the Circle. In 1838, a group of businessmen began to "square the Circle," and over the next 20 years all traces of the ancient earthworks disappeared. [Pickaway County Travel and Community Guide: 2012-2013, www.pickaway.com, accessed September, 2014]