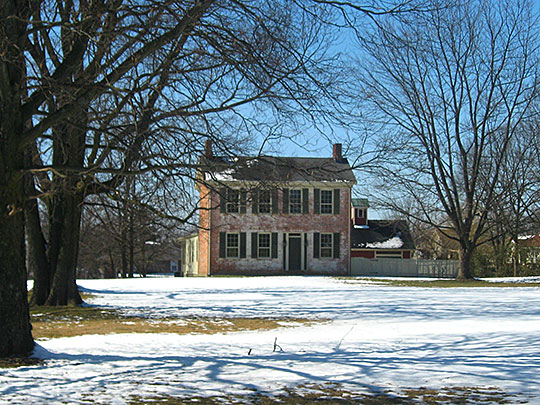 Warren is one of the original 12 counties created when Ohio received statehood in 1803. The building that served as the first courthouse was built that year by Ichabod Corwin, a log structure known as Black Horse Tavern. In addition to serving as a courthouse and tavern, it was a location for traveling merchants to display their wares and conduct commerce. A dedicated courthouse was built in 1806 on the public square on land donated by Ichabod Corwin. [1]