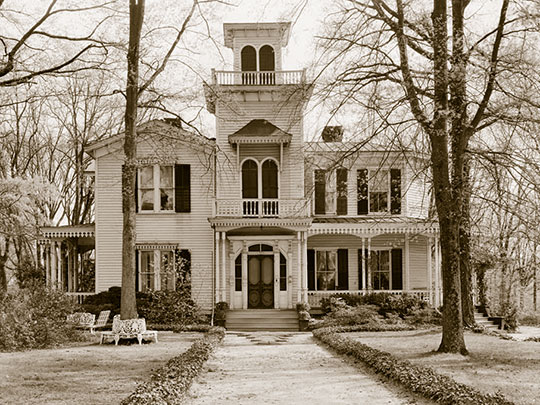 Anderson came into being in 1826 with the formation of Anderson County, and as a courthouse seat, the community was quick to develop. It grew despite the War Between the States and occupation for several years thereafter. [National Register of Historic Places, Anderson Historic District]

In the mid-1700 s, General Robert Anderson, with General Andrew Pickens, explored the Cherokee land that was to become Anderson. Settled by pioneering small farmers of Scots-Irish and English descent, the area's agrarian economy did not include slaves. It was the spirit of innovation and self-reliance that prepared its residents for the manufacturing boom in the 19th century. When Anderson sparked the Industrial Revolution in the South with the first long-distance transmission of hydroelectric power, it was dubbed the Electric City. [www.andersonchamber.com, accessed April 2009]