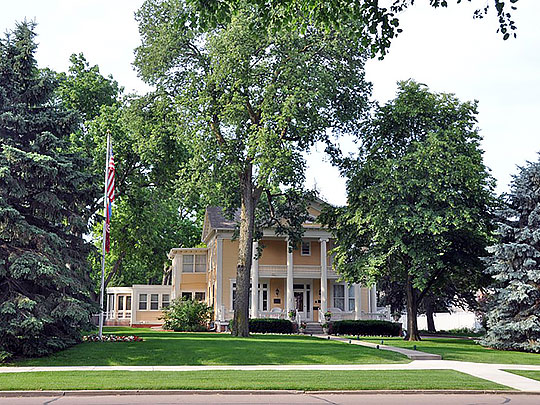 Settlement of the area began with the Homestead Act. The county was organized in 1862. County Seat, Vermillion, was named either for the old Fort Vermillion (established by the American Fur Company) or the Vermillion River. The Legislature established Vermillion as the location of the State University in 1862, but it remained a paper institution until 1882 when money was raised to begin construction. The courthouse was built in 1912. [Clay County South Dakota, www.claycountysd.org, accessed December, 2013.]