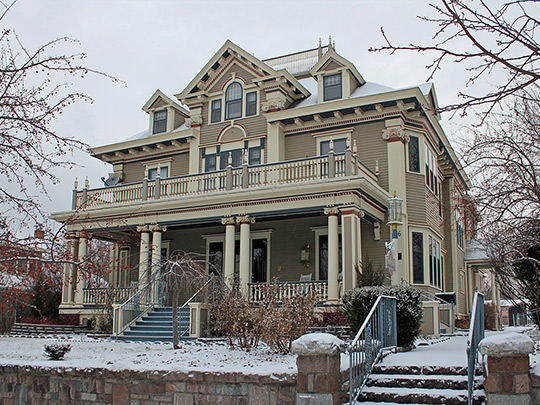 There are twenty-one and a half congressional townships consisting of 774 square miles, 495,360 acres. About seven townships are on the former Winnebago reservation in the southeastern part. The Missouri washes the entire southern border including 75 miles of the windings. The islands are: Echo, Lost, L. A. Framboise, Wood, Cedar, Dorian, Okobojo and Farm. There are two creeks of consequence, Medicine Knoll and Chapelle.

The county was named for Alexander Hughes of Elk Point; created in 1873 and readjusted in 1879 and was organized November 20, 1880, by Governor. Ordway. The county seat was located at Pierre. The Governor appointed three commissioners: George L. Ordway, Wm. R. Ledwich and Joseph Reed. The railroad reached Pierre about that time. Exploration dates to earliest Missouri river navigation. Several French men married Indian women and settled within the county as early as 1830. Chief settlement and trade was at Ft. Pierre on the west shore.

Three Rousseaus settled at the mouth of Medicine creek 1860. In 1855-6 General Harvey established three military camps on the east side of the river for wood and pasturage. In 1863 General Sully built Ft. Sully, five miles below Pierre. The first American settlement of prominence was made in 1873 when Thomas L. Riggs established an Indian Mission at Oahe which continues.