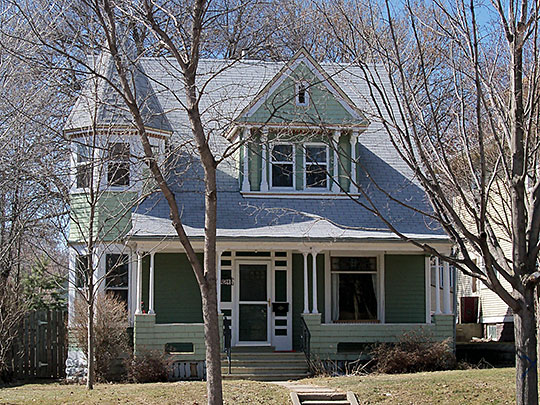 Minnehaha County was first established in April 1862, however, it and most of southeastern South Dakota were evacuated later that year, after two settlers were killed by Indians in an attack that occurred just north of Sioux Falls. The hostilities were brought about by Native Americans, who were upset with the terms of landcession treaties that were, being forced upon them by the U.S. government. In 1865, Fort Dakota, a fifty square mile military reservation, was established in an area encompassing much of what is now the city of Sioux Falls. Settlers began to return to the valley in 1866 and Minnehaha County was reorganized in 1868. In 1869, the area was again deemed safe, so the military reservation was vacated. Upon the fort's abandonment, the floodgate was opened for the settlement of Minnehaha County. [1]