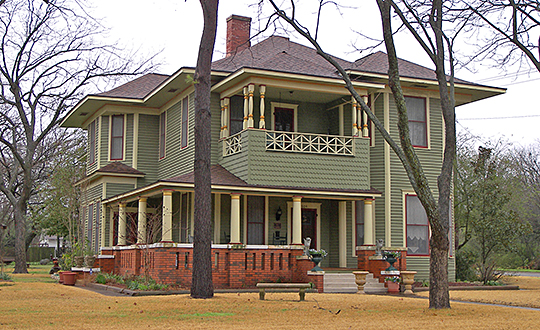 The City of Cleburne, which was incorporated in 1876, is the county seat of Johnson County. Cleburne owes its origin and early growth to its close proximity to Buffalo Creek, an excellent water source, and its location at the intersection of the earliest Johnson County road and an old wagon trail leading from Fort Belknap to Fort Graham. The City was named after General Patrick R. Cleburne, under whom many from the Cleburne area fought during the Civil War. Cleburne began to grow and prosper in 1881 with the completion of the Gulf, Colorado and Santa Fe Railroad which extended from Fort Worth to Temple via Cleburne. A secondary line to Weatherford was completed in 1887, which further stimulated growth. However, the economy took a severe downturn in the 1920's and the Great Depression further depressed the area. After World War II, Cleburne experienced substantial growth, in part due to its proximity to the Dallas-Fort Worth Airport along with the establishment of manufacturing facilities, a regional hospital, a community college extension center and the nearby Comanche Peak Nuclear Power Station. In the 1960's, the City's increasing needs for water prompted the construction of Lake Pat Cleburne, which covers more than 1,533 acres and plays an important recreational role in the community.