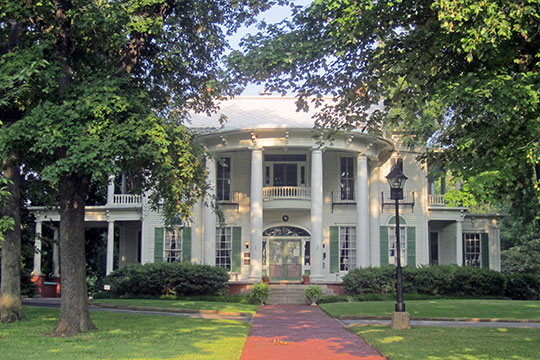 Tyler was established at the same time as Smith County, April, 1846. Pre-Civil War economy was heavily dependent on slavery with fully than 1/3rd of the more than 3,000 population being slaves. The city was an important Confederate prison and munitions supplier during the Civil War. The railroad came to town in the early 1870s resulting in economic growth which saw the population triple by 1890. In the early 1900s the City's citizens were highly invested in cotton, fruit farms and roses. By the 1950s East Texas petroleum became the main driver of the city's economy. By the mid 1960s various industries employed 8,000 workers. The city is home to the East Texas State Fair, Texas Rose Festival and a Spring Azalea and Flower Trails Festival. [1]