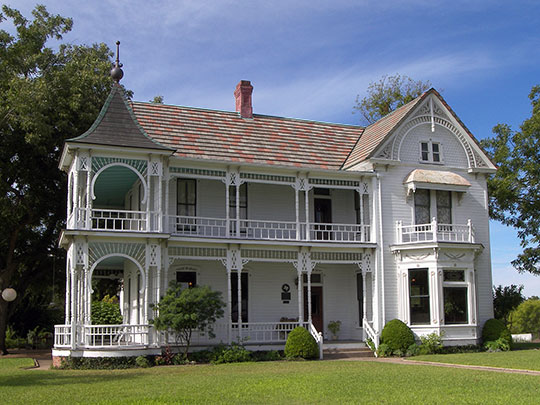 The City of Austin was established in 1830 as the new capital of the Republic of Texas, and was laid out by Edwin Waller under the direction of President Mirabeau B. Lamar. Waller's plan, based on the eighteenth-century plan for Philadelphia, consisted of a grid with a central square at which major crossing axes terminated; smaller, secondary squares were located within the plan. The grid was part of a larger government tract which encompassed what would later become East Austin. However, during the first decades of the new city's life, the eastern parts of the government tract remained undeveloped save for the occasional use of the City Cemetery, State Cemetery, and the construction of the French Legation, a lone outpost on Robertson Hill in 1841.

Building was slow in Austin until about 1850, when the city was assured of its position as the state capital. After that point, many new and substantial buildings were constructed by a small but active population. Commercial, religious, and governmental structures proliferated, and along with them the demand for housing. As a result, residential construction began to spread throughout the city's original grid and to push on the boundaries of those parts of the government tract which were undeveloped.

The city experienced a brief building slowdown during the Civil War and Reconstruction periods, but the arrival of the railroads in 1871 and 1876 brought tremendous growth in population and commerce. Predictably, parts of East Austin which were located in areas contiguous to the railroad on East 4th and 5th streets experienced immediate and dramatic growth, and the remainder of the original government tract was surveyed as large parcels with few roads.