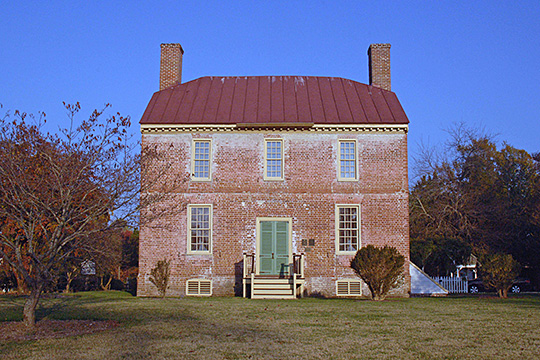 Gloucester Court House is a census‑designated‑place. This unincorporated community serves as the seat of government for Gloucester County.

The Town of Gloucester Court House was originally named the Town of Botetourt when it as formally established in 1769. A court house has served the county at the site since ca. 1680, and is the source of the modern day town name. The site was originally developed as the legal and administrative center of a rural county, but has developed into the primary town of central Gloucester County, while still maintaining its legal and administrative focus. The link between Main Street and the courthouse has existed since at least 1754, as depicted on the earliest surviving plat, but likely dates to the ca. 1680 courthouse construction. The developmental pattern of the town was firmly established after the 1766 construction of the third court house and the 1774 construction of the Botetourt Hotel shortly thereafter. From that point, new commercial and residential construction proceeded slowly down Main Street in an easterly direction towards the existing Edge Hill property. Today, downtown Gloucester Court House is a small town focused entirely on its Main Street. The town is defined by a variety of building types and architectural styles ranging in construction date from 1766 to the present. Styles of the buildings vary greatly from the early Federal and Georgian courthouse circle buildings, to Classical Revival, Commercial Style, and the Modern Movement.