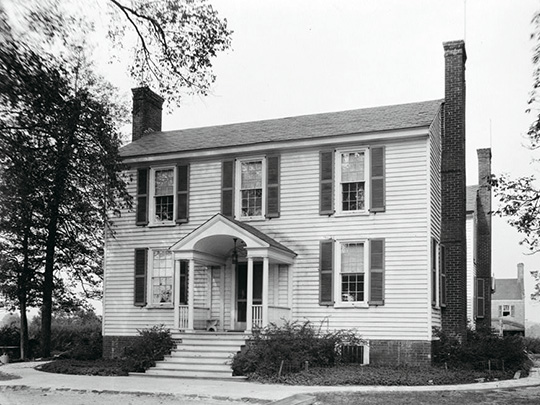 Powhatan County was formed in 1777 from the eastern part of Cumberland County and was named to honor the Indian "emperor" Powhatan (father of Pocahontas) who had ruled the tribes of Eastern Virginia in the early years of the colony. The first permanent courthouse was erected in 1783. [Source: Powhatan Court House Preservation Zone, nomination document, Virginia Historic Landmarks Commission, 1969.]