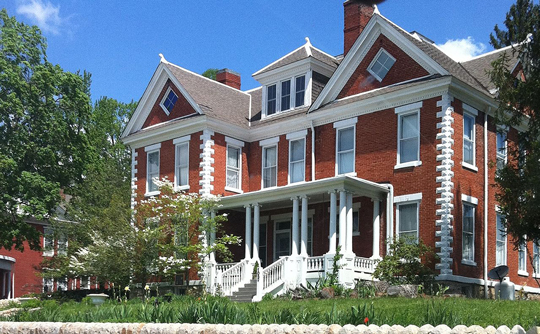 The area now considered to be the Town of Wise was originally referred to as the Big Glades and incorporated as the Town of Gladeville because of the open expanse of land expanding from the center of town to the area of Glade Creek. When Wise County was formed in 1856, Gladeville was the principal town of the County with a population of 250 persons. To avoid confusion with another post office of the same name in West Virginia, the name "Gladeville" was changed to Wise Court House in May 1858 and then was shortened to "Wise" in 1895.

Settlement in this area was slow due to a lack of fertile soil for agriculture, Indian raids and access problems caused by the mountainous terrain. Initial interest in settling Wise County was spurred by the discovery of iron ore and coal in the late 1870's. Developers purchased nearly all coal producing lands by 1880. A "boom" period followed in 1890 with the advent of the railroads to transport lumber, coal and iron ore to eastern and southern markets. The County and its seat of government at Wise flourished from 1890 to 1910 with the County population expanding from 9,345 persons to 34,162 during this twenty-year period, an increase of 266 percent. Coal production peaked in 1926 with the mining of 6.5 million tons of coal and the employment of 6500 men. Lumbering operations declined and iron ore production ceased, leaving coal as the basis of the County's economy. During the 1950's, the use of diesel fuel on the railroads and the decreased use of coal for home heating began the boom-bust cycles for coal production, which largely affect local economies to this day.