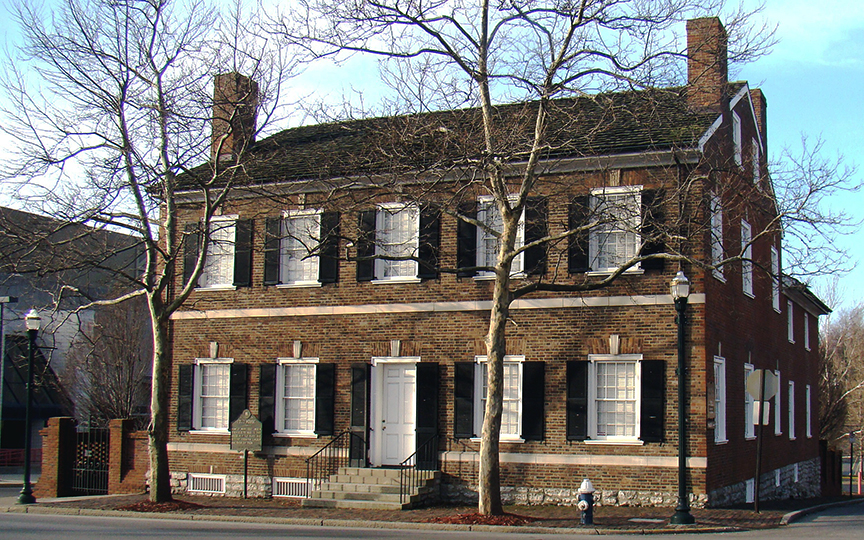 Photo: Mary Todd Lincoln Childhood Home, circa. 1806, 578 West Main Street, Lexington, KY. Originally built as The Sign of the Green Tree tavern, the Todd family moved into the house in 1832. It was listed on the National Register of Historic Places in 1971. Photographed by user:FloNight (own work), 2008, [cc 4.0 via wikimedia commons], accessed October, 2019.

The Federal style was adapted from the Georgian style, favorable with the wealthy merchants and shipbuilders living in the towns and cities along the New England seaboard. It was the architectural designs of the Adams brothers who inspired this adaptation which was popular in Britain, and, therefore, the style is sometimes referred to as the "Adam" or "Adamesque." The Adams brothers' architectural designs were mainly influenced by ancient Roman architecture. The Federal style was not only used for houses but also commonly used for public buildings. It was this period of time, the Federal period of American history, that the national buildings of the United States were established for the new American government.