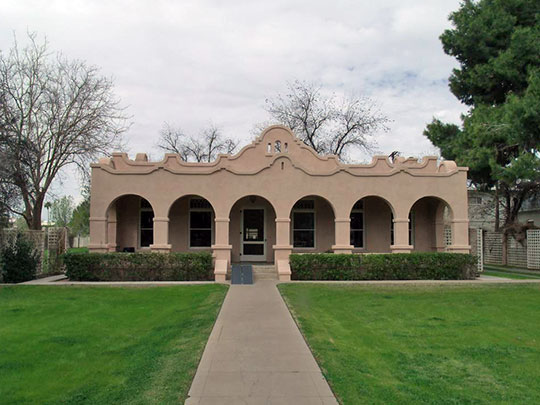 Maricopa County was originally inhabited by Native Americans, who abandoned the area during the 1300's for unexplained reasons. Agriculture was the prominent activity and was reestablished during the 1860's as the first European settlers migrated to the Salt River Valley. Rapid growth and robust development have been the hallmark of Maricopa County ever since. The Valley's agriculture base and population grew steadily. In 1870 the town site of Phoenix was established. On February 14, 1871, the Territorial Legislature created Maricopa County. By 1872, there were over 700 people in the county with 5,000 acres under cultivation.

The arrival of the railroad in 1877 caused a surge in economic activity. In 1900, the county population was about 20,000. In the early 1900s, the larger farm parcels scattered throughout the region were divided into small farm communities such as Chandler, Gilbert, and Tolleson. In 1902 — at the request of President Theodore Roosevelt — after a series of devastating floods, Congress passed the Reclamation Act of 1902. Shortly thereafter, the U.S. Bureau of Reclamation started construction on Theodore Roosevelt Dam. This marked the beginning of a modern system of irrigation works for the storage, diversion, and development of water for agriculture.

Irrigated agricultural production and population exploded after the completion of Roosevelt Dam in 1912, providing the region with a reliable water supply. Maricopa County quickly became one of the leading agricultural producing counties in the United States. During this period, the county also became a winter haven for tourists.

Until the end of World War II, the traditional economic powerhouses of both the State of Arizona and Maricopa County were known as the four "Cs": cotton, copper, cattle, and citrus. The planned strategic decentralization of the nation's industrial base during the war further established Maricopa County as a center for aluminum processing, aviation, electronics production, and a center for pilot training. These newly established industries fueled the monumental growth of the county in the post-war era.

By 1960, the population was over 660,000 people, reaching one million residents in the early 1970s. Combined with the general economic expansion of the 1980s and the rush to the Sun Belt, Maricopa County claimed over 2.2 million residents by 1990. Even with economic sluggishness in the early 1990s, the region continued to grow. The Special Census of 1995 set the county population at 2,551,765 people.