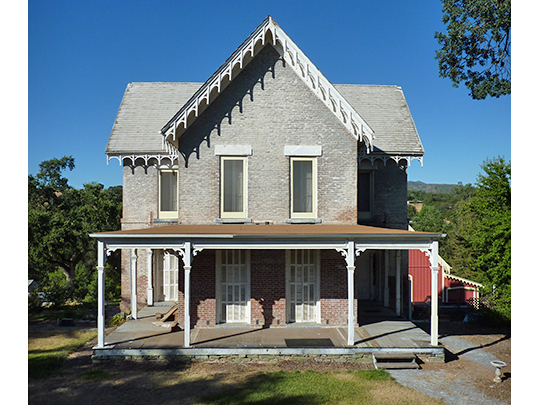 In 1850, California attained statehood and Calaveras County was among the 27 original counties established by the government. Calaveras was originally proposed to be a huge county, stretching from the coastal mountains outside of the San Francisco Bay to the Nevada border. Its final size was considerably smaller, but still included portions of present day Amador, Alpine, and Mono Counties. Pleasant Valley, a small mining camp near present day Jenny Lind, was designated by legislature as the first County Seat in January 1850. Almost immediately, the County Seat was moved to Double Springs in April 1850. The County Seat was controversially moved to Jackson in 1851 when locals appropriated government records through subterfuge. Less than a year later, the State legislature moved the County Seat to Mokelumne Hill. In 1854 the citizens of Jackson seceded, forming Amador County from the area north of the Mokelumne River. Finally, in 1866 the County Seat was moved for the last time to its current location of San Andreas. [1]