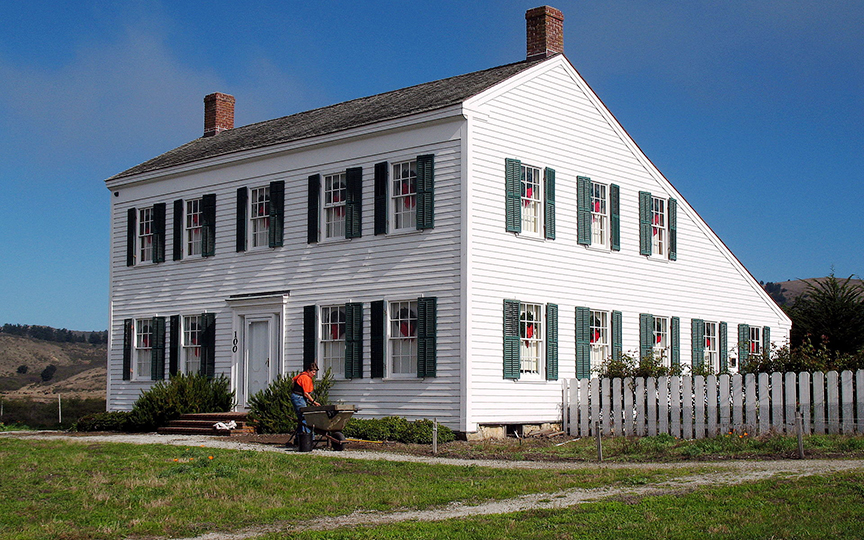 San Mateo County was organized in 1856 from the southern portion of San Francisco County. San Mateo is Spanish for Saint Matthew. The county seat, located through a fraudulent election at Belmont in 1856, was changed within a year to Redwood City, where it has remained, although the question of its removal has come up in 1861 and at other times. Many indications of early human habitation have been found on and near the banks of San Mateo Creek. [H. E. and E. G. Rensch and Mildred Brooke Hoover; revised by Douglas E. Kyle in 1990, Historic Spots of California, Stanford University Press, Stanford, CA, books.google.com, accessed January, 2014].