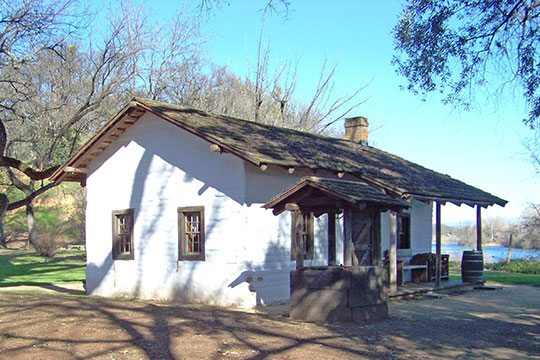 Red Bluff is named because of its location on a high bank at a bend of the Sacramento River. At its inception, Red Bluff was the marketing and distribution point for the surrounding area. It became a principal city in the northern Sacramento Valley by 1853. Peter Lassen obtained a land grant from Mexico near the present city and laid out a town site which he named Benton city after Thomas Benton, Senator from Missouri. He then visited Missouri to solicit folks to come to settle in his California town When he returned to California in 1849 with a part of settlers, they learned about the discovery of gold and the townsite languished temporarily. Being the head of navigation on the Sacramento River, the enterprise was soon revived. Steamer service operated into the 20th century. [1]