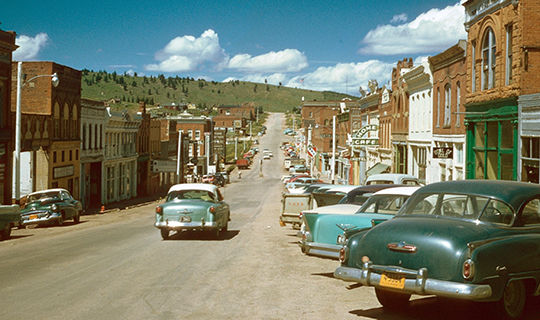 The Cripple Creek-Victor mining district was founded late in comparison to other Colorado mining towns. Though gold had been found as early as 1874, it was not until Bob Womack's discovery in Poverty Gulch, after 15 years of unsuccessful prospecting, that the area became interesting to other prospectors. The city of Cripple Creek was officially incorporated in 1892. For sometime after the town sprang up, progress was slow as there was not a great influx of miners into the district. In 1891 the population was less than 500, in 1892 about 2,500, but between that time and 1900 the population had grown to more than 25,000 in Cripple Creek and in excess of 55,000 in the district.

The first town was constructed primarily of wood. In 1896 a fire started in a local dance hall. This fire leveled 15 acres of the town. Only four days later the town was completely razed by another fire. The subsequent town was then constructed of brick and a number of these structures remain today. Though few of these structures are outstanding in themselves, they are indicative of the historic fabric of the town.