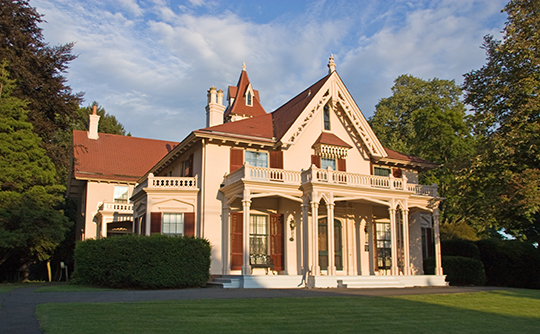 New Haven County was established in 1666 as once of four created in Connecticut. Prior to 1665 New Haven was its own colony (founded 1638) when it merged with Connecticut Colony. Famous New Haven figures included Eli Whitney and Charles Goodyear who spurred a 19th-century migration from an agricultural to an industrial economy.

In 1872 Waterbury became "half" a shire town (New Haven being the original county seat) when the Connecticut State Legislature ordered that two sessions of the Superior Court be held annually in that city. In 1960 county government was eliminated in Connecticut. The county names continue in use for historical and geographical reference only.