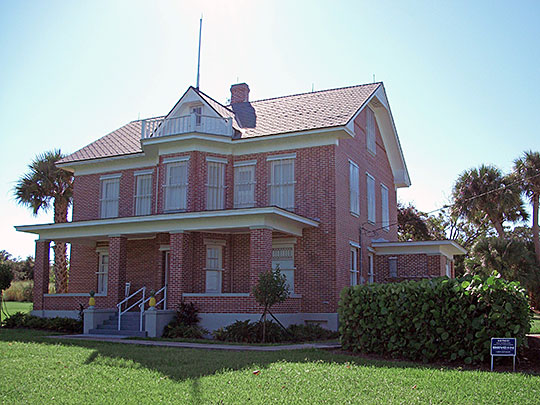 Native Americans were the first known inhabitants in and around the Vero Beach area. The first Western European inhabitants to Vero Beach and the Indian River area were the English and Spanish over three hundred years ago. Settlement patterns of these individuals generally followed a north to south movement along eastern Florida. Initially, settlers in the area planted large acreages of sugar cane and pineapples. By the early 20th century, however, grapefruit and oranges were the crops of choice, flourishing in Florida's sun. The Indian River area became known for its citrus crop. In part to meet the demands of the agricultural industry, the area's first railway opened in 1903. The train station was built in a settlement called Vero. Sixteen years later, in 1919, Vero was incorporated. On June 1, 1925, the city was renamed Vero Beach.

By the 1930s, Indian River County had grown to a population of roughly 7,000 residents, and a growing population of seasonal residents from northern states impacted the growth and development of the area. The Riomar Country Club, a well-renowned winter resort of that day, was started by a group of season residents from Ohio during this time.

Vero Beach and Indian River County continued to grow. By the late 1940s, Indian River County had a population of over 11,000 residents. In 1948, local businessman Bud Holman persuaded the then Brooklyn Dodgers to use a Naval air station, abandoned since the end of World War II, for spring training. Known as Dodgertown, the Los Angeles Dodgers have called Vero Beach home for spring training ever since. In 1953, the current ballpark was constructed in Vero Beach and named after Bud Holman.

By the 1970s the population of Indian River County was nearing 40,000 residents.