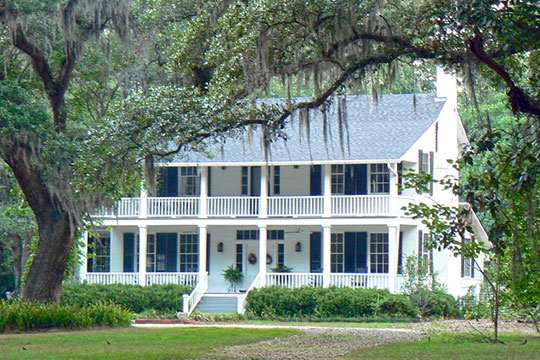 The City of Tallahassee has had a long history of annexation activity as a means of achieving growth. During its first 150 years, Tallahassee expanded from one-quarter of a mile in size to 28.18 square miles by 1980. Since 1980, the City has witnessed a tremendous increase in annexation activity with nearly 75 additional square miles having been added during this time, swelling the size of Tallahassee to 103.10 square miles as of January 1, 2010. Many of the annexations in the early 1980's were accomplished through a double-referendum process that required the approval of City voters. Since 1985 the vast majority of the City's annexations have been achieved through a voluntary process where the owners of properties petition for inclusion into the City.

In the year 1539, after De Soto had made his landing in Tampa Bay (or Espiritu Santo Bay, as he called it), he fared northward with his army for several days, and came to a "Great Morass," about which he made a detour; then marching four days longer through a fertile and well-inhabited country, he arrived at the Indian village of Anhayca (or Anhayea), situated in the midst thereof; and appears to have made his headquarters at that place for some little while, awaiting there the return of the exploring expeditions which he sent in various directions.

Several circumstances make it probable that this Anhayea was near the present site of the city of Tallahassee; it is said a complete suit of old Spanish armor was found not long ago in a field in this vicinity.

At any rate, the ground upon which the city is built had, in 1823, long borne signs of Indian occupation; and in that year the commissioners who had been charged with the duty of selecting a seat of government for the then new Territory of Florida, attracted by the general beauty of the location among the hills as well as by the "noble growths" (according to Fairbanks) "of live-oaks and magnolias, and ... the vicinity of a beautiful cascade, which has long since disappeared," pitched upon this spot.