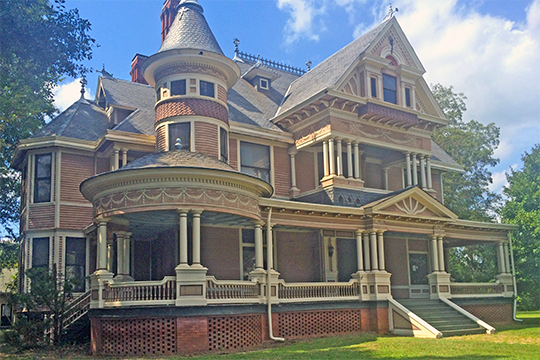 The City of Jackson [1] was created on December 26, 1826, and named for James Jackson of Savannah, who was a fiery Revolutionary War hero with a lustrous career as governor, statesman, ambassador, and man of letters.

The city arose on a 300-acre tract of land the justices of the inferior court of the newly-formed county of Butts purchased for $1,000. The entire parcel was divided into squares, and each square was then subdivided into lots. The lots were bigger the further out from the town center.

Before Jackson was created, the area where the downtown now stands was only two Indian trails that crossed where a 10' by 12' log cabin stood and was used as a post office.

In 1818, the first church services were held in what would become the City of Jackson. They were conducted by a Methodist, Mrs. Mary Williams Buttrill, in a log house erected by her slaves at what is now the east entrance to the Jackson Cemetery. Buttrill died in 1830, but for years she took her own seven boys, three daughters, slaves and local children into this log house one afternoon a week to hold religious services using her Bible and prayer book.

The Southern Railway was built through the area that would soon become Butts County in 1822. A Western Union telegraph service came to the area soon after that.