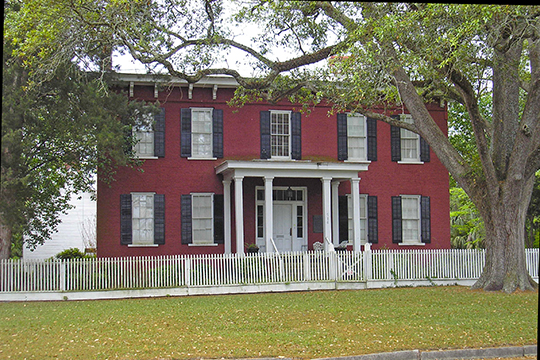 The county was established in 1853 from part of Baker County. It was named for Charles Dougherty [1801-1853]. Dougherty was an attorney who launched a failed campaign for the Governorship in 1939.

Created by an act of the Georgia state legislature on December 15, 1853, Dougherty County was formed from portions of Baker County, which was established earlier in 1825. At the time of its formation, Dougherty County was famed for its high production of cotton, corn, sugar cane, rice and tobacco, and its count seat of Albany was the center of trade throughout the region. The county occupies land ceded from the Creek Nation in 1825. By 1834, nearly the entirety of the Creek Nation was forcibly removed and an influx of settlers moved westward into Georgia, including the region which would become Dougherty County. Located in southwest Georgia, Dougherty County is bounded by Terrell and Lee Counties to the north, Worth County to the east, Mitchell and Baker Counties to the south, and Chickasawhatchee Creek and Calhoun County to the west. The majority of the county lies wtihin the Dougherty Plain, ęa name given to the smooth country of southwest Georgia.ė Unique to the county are the many natural depressions, large and small, referred to as limesinks. Some limesinks are cultivated, others filled with water, while others are swampy. The Flint River runs through the county in a north to south direction and was paramount to the early settlement, development, and prosperity of Albany and the surrounding region. The river acted as a means of transportation, shipping, and trade throughout the region. Following the cessation of the Creek Nation lands, settlements emerged alongside the Flint River. With the forced removal of the Indians by 1834, towns quickly developed, among which was the settlement of Albany