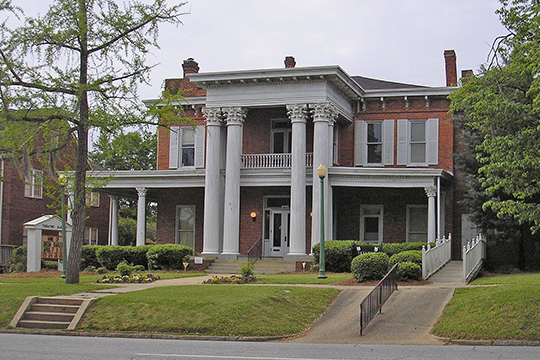 Albany was founded by Nelson Tift [1810-1891] in 1836 along the Flint River. He served on the Bake County Court, as colonel in the Georgia Militia, a congressman in the Georgia House, a Captain in the Confederate Army and a Representative in the U.S. Congress. Tift named his settlement after Albany, New York in hopes that its situation at the navigable head of a river (like its namesake) would develop into a major trade center. By 1840 the town had become a market center for the area's cotton plantations, shipping cotton to markets via the river. Albany eventually also became a railroad hub with seven lines being constructed to the town.