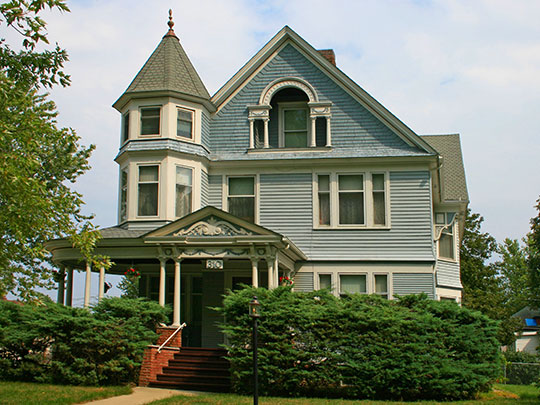 Established by John Insley Blair in 1865, the new railroad town of Boone Station or Montana sprang up a mile and half east of Boonesboro (the original county seat) following a dispute over the location of the railway station and line. From a couple of hostelries in the early 1860's, the town grew rapidly. By 1866 retail businesses, homes, churches and schools were springing up. By 1867 there were 300 buildings and the town had a population that rivaled Boonesboro. Boone was first incorporated as Montana in 1866. In August of 1871, a petition was filed before the Circuit Court to rename the city "Boone." On September 11, 1871, the city council ordered the name change. By 1887, Boone and Boonesboro had grown close together; so on March 21, 1887, Boonesboro was annexed to Boone.