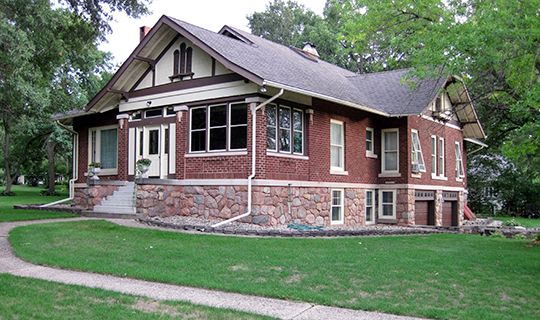 About 1851, the first white settler, Joseph Kelly, named the area Charlestown in honor of his son. Within a year the Cedar River settlement was joined by an additional 25 families. The name was subsequently changed to St. Charles, and ultimately Charles City. It was designated as the seat of government when Floyd County was organized in 1854. Circa 1900 the Hart-Parr gas-powered traction engine made its debut and the term tractor was coined. Through successive ownerships and names, the tractor manufacturer peaked in the mid 1970s at which time its sprawling plant covered 23 acres. The plant ceased operations in 1993. [History of Charles City, http://ia-charlescity.civicplus.com, accessed October, 2015]