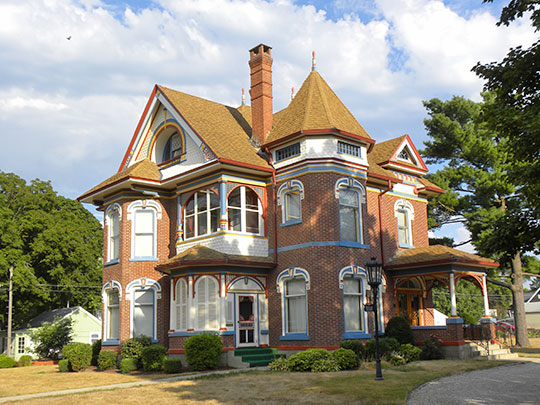 Nevada, seat of Story County, established in 1853, lies along the banks of West Indian Creek. Thrift, a settler, named the village for his daughter, Sierra Nevada, who had been named for the California mountain range. Much poultry is shipped from here.

On a high hill south of town is the Iowa Sanitarium and Hospital with 40 beds, established in 1899. It is operated under the auspices of the Seventh Day Adventists.