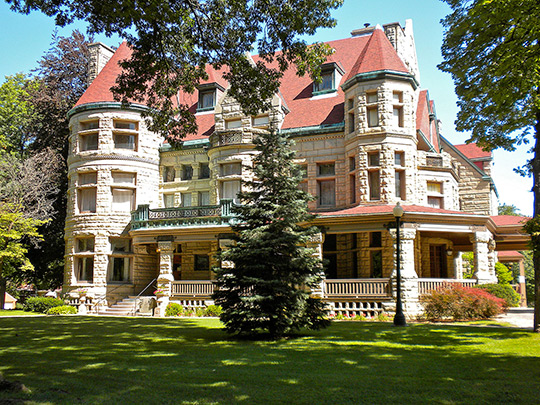 The westernmost city in Illinois, Quincy is located along the eastern shore of the Mississippi atop 100-foot limestone bluffs which overlook a wide expanse of the river and a natural border.

John Wood founded Quincy in 1882, settling on land that was part of a large area set aside as a Military Bounty Tract for the War of 1812. The little settlement was first called The Bluffs, but was renamed Quincy in 1825 when Adams County was incorporated. The county, the city, and what is now Washington Park were named in honor of the then current President of the United States, John Quincy Adams.

A few of the events that were important to Quincy's history in the early years were: the Blackhawk War, the Mormon involvement, the Lincoln-Douglas debate in 1858, and the antislavery movement. Quincy was a stop on the underground railroad. Prosperous industries and commercial establishments including breweries, stove manufacturers, steamboat construction companies, farm implement businesses, and wholesale and retail stores helped in the development of the community.