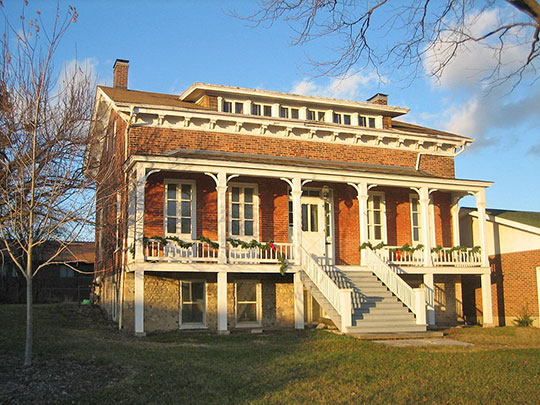 Permanent settlement of DeKalb County began in the 1830s. The rich soils of the eastern prairie provided the early settlers of the region with a valuable asset from which to earn a living. The relationship between the land and the residents of DeKalb County has continued to strengthen since that time.

The industrial development of the area also originated in the 19th century. The wire manufacturing industry, fostered by the invention of barbed wire by Joseph Glidden, was a major producer and employer in the region until the Great Depression.

The turn of the century saw other significant changes in the development of the County. In 1895 Northern Illinois State Normal School opened. The school, which has since been renamed Northern Illinois University (NIU), has grown to accommodate an annual enrollment of approximately 25,000 students, and is the County's largest employer.

The early 20th century saw the development of the agriculture sector into an organized, research-oriented industry. The DeKalb County Farm Bureau, which was the first farm bureau in the nation, and DeKalb Agricultural Research were established during this time. The Farm Bureau continues to represent and advance farming interests at the County level, while DeKalb Agriculture, which became a major seed research and production company, was purchased by Monsanto Corporation in 1998.

The era between 1940 and 1970 saw significant growth in the County's population and a steady diversification of the regional industrial base. Between 1970 and 1990 population growth slowed, and development leveled off after a peak in the early 1990s. The rate of population growth increased again between 1990 and 2010, even as development significantly slowed in DeKalb County, as in the rest of the nation, during the economic recession that began in 2007. The consequences for the County from this latest economic downturn are still unfolding.