Photo: House in the Upper Bluff Historic District, Joliet, IL. The Historic District was listed on the National Register of Historic Places in 1991. Photographed by User:Smallbones (own work), 2011, [cc-by-1.0 (creativecommons.org/publicdomain/zero/1.0/deed.en)], via Wikimedia Commons, accessed July, 2014. 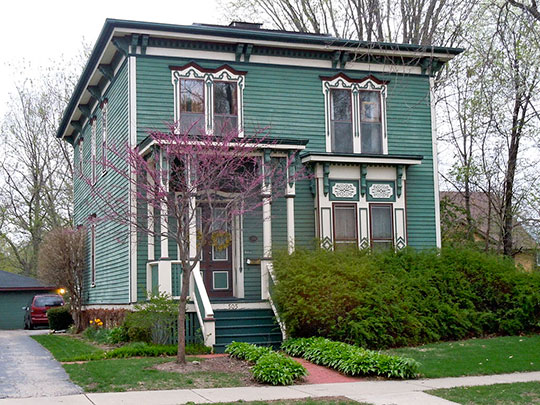 The village of "Juliet" was laid out by James B. Campbell in 1834. It incorporated as a village in 1837. The name was changed to Joliet in 1852, and the village was reincorporated as a city. Once known for its limestone quarries and steel mill, the area declined through the 1970s and 1980s, but began a rebound in the 1990s with the creation of a NASCAR race track and riverboat casinos. Joliet is about an hour (approximately 40 miles) by auto or commuter rail from downtown Chicago.