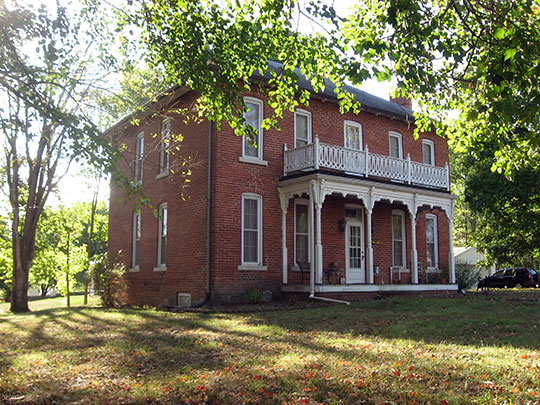 Johnson County was settled early in the 19th Century and became an agricultural and manufacturing center. The earliest settlement was in the southern half of the county and Edinburgh was the first town in the county. Johnson County was officially formed on December 31, 1822 and had a population of 550 at the time.

Franklin became the county seat. Interurban service was available beginning in 1900 from Greenwood to Indianapolis. In 1901 service was extended to Franklin, and by 1902 the Interurban reached Edinburgh.

Several properties in the county are on the National Register of Historic Places. These buildings serve as examples and reminders of the county's rich history and should continue to be preserved with respect for that history. They include: